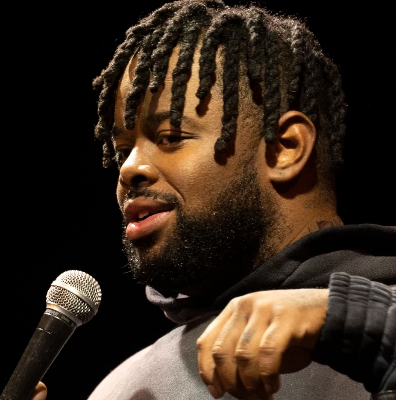 David Lucas was raised in Macon, Georgia. Soon after finishing high school he moved to LA to pursue a career in acting and stand up comedy. After a few years he solely focused on stand up. Because of his quick wit he became a cast member of the All Def Digital show " Roast Me". David is a regular on the Kill Tony show and opens for Brendan Schaub, Joe Rogan and Louis CK. He is a very controversial comedian, he often jokes about the unpopular opinion and controversial topics.